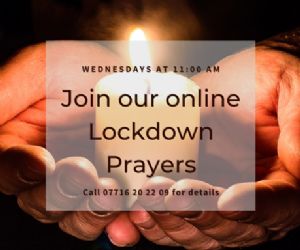 We will have online prayers on Wednesdays during the second lockdown: 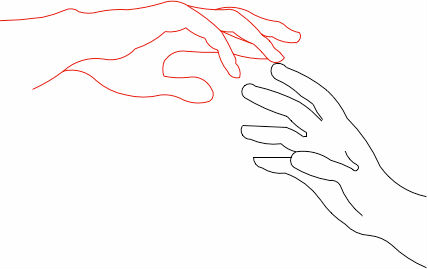 Prayer is at the centre of our worship.

Together we express our hopes for the world and for wisdom among our leaders.

We support our community of Leamington, praying for the homeless, for children, and for anyone in need.

We pray together for anyone known to us.

If you’re my age, you might have first heard those words as part of Boney M’s 1978 disco classic ‘Rivers of Babylon’.  Boney M were not really my thing, but there’s no denying the song is a foot-tapper, guaranteed to lift the spirits.  Which is ironic, because the Psalm it quotes speaks of despair, sorrow and fear.

The strange land was Babylon (as in the song title), which had defeated the Kingdom of Judah and taken many people into captivity far away.  The exiles’ isolation from their homeland was compounded by a profound  sense of separation from God.  The Temple in Jerusalem was the very place that symbolised God’s dwelling with them.  Now the temple had been destroyed, what more complete feeling of alienation could there be?

We live in a strange land, now: a completely unfamiliar place, under lockdown, our liberties curtailed, in isolation for many weeks.  Our churches, the places where we gather to worship communally, that provide a physical symbol of God’s presence among us and to the community, are closed.

But the Jews in exile did find a way to sing the Lord’s song.  They found new ways to worship, in small gatherings, and from homes.  And they discovered that the God dwelt with them wherever they were.   Eventually they returned from exile, and rebuilt.  And so will we.

‘In him the whole building is joined together and rises to become a holy temple in the Lord.  And in him you too are being built together to become a dwelling in which God lives by his Spirit.’ (Ephesians 5: 21-22)

The Prayer Book is found during the week in the community room. Anyone who wishes writes requests for prayer at our Sunday service. This includes visitors and members of any group using the church.

Anyone who needs the prayers of others can send a request by email.
The request is then circulated throughout the prayer chain of some 40 people.

If you wish your name to be added to the prayer chain so that you can pray for others, please send a message.

In times of disaster

When people are likely to be seriously affected by exceptional events locally, nationally or in the world, a prominently-displayed A-board will announce the opening of the church for prayer.

Love’s Eternity – a prayer for November