In the summer of 2012, everyone was invited to take part in the Star Challenge.
They were urged to

… to follow the star as the wise men had done, seeing where it would lead them and what insights and discoveries they might make on the way which could help convey something of the Christmas message.
It resulted in a wide-ranging display to which all groups and ages contributed in their own way and in a variety of media.

One of many ideas was a daily tweet through Advent. 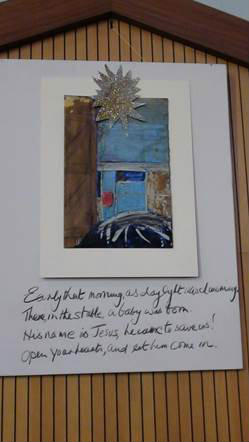 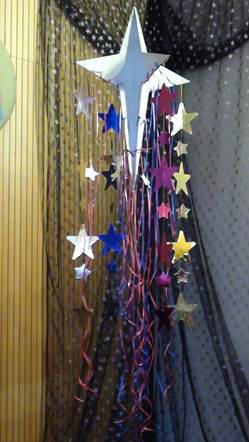 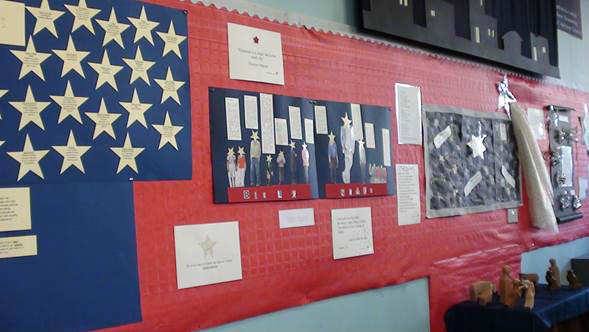 Other contributions included a profound power point presentation and a "performance art" video of music, dance and the spoken word.
There was a star prayer corner.
Original material was written.
People acknowledged the influence of their personal "stars" and others considered Biblical "stars".
Legends and customs were researched, games and quizzes devised and mathematical puzzles investigated.
One display showed a work in progress - part of a continuing journey.
The decorations on the tree and around the church mirrored the inclusivity of the theme and the creativity it inspired.
The exhibition was launched at an Open Afternoon in December and continued throughout the Christmas season.
It made an impression on the users of the building and many found it interesting, entertaining and thought-provoking.

The star theme was also explored in several services; the final one, at Candlemas, reflecting on the challenge and the ongoing journey.