The Dale Street congregation was challenged to write words or music, or both, for performance at the Christmas carol service. People were very enthusiastic, and in the end seven songs or words for songs were completed.
You can see the words here.
They show how such a well-known theme can be represented with individual interpretations and thoughts that traditional carols may sometimes miss and also how the traditional story may be repositioned to apply to our own age and community.

Working with these songs to provide a performance edition has been somewhat of a journey and a great pleasure. Together we really achieved something worthwhile and I hope, lasting.

On the gloriously sunny afternoon of October 4th, a 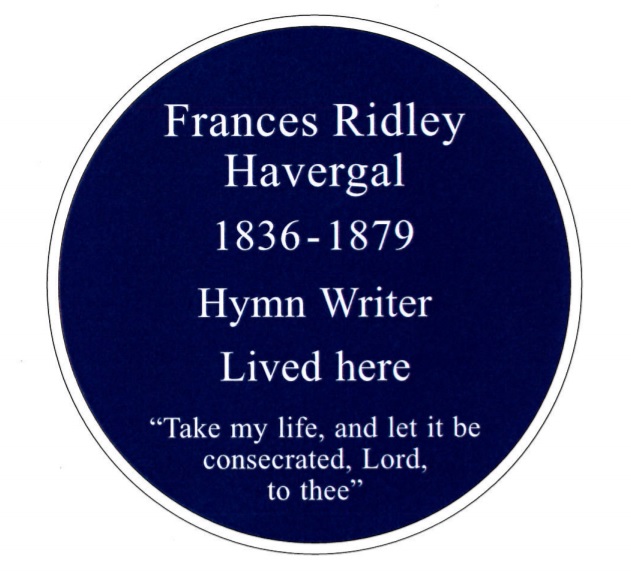 group of about 40 people, including some from Dale Street, gathered outside 43 Binswood Avenue to witness the long-awaited unveiling of a Blue Plaque commemorating the hymn writer Frances Ridley Havergal.
The plaque was sponsored by Churches Together in Leamington and the ceremony was performed by Rev Jonathan Jee, Vicar of St Paul’s, Leicester Street, where Frances had been the organist and choir trainer.
Also present was a Great-Great-Great Niece who had recently moved to Southam and who now owns the family piano!
Two of our members have had connections with 43 Binswood Avenue and one had been asked to give a brief talk and spoke of the time when the family lived at the house for about 11 years from 1867 following the retirement of Canon William Havergal. Frances had a room at the top of the house and hoped to hold meetings there as several people sought spiritual help from her. However, her stepmother soon stopped this practice because of the damage a constant stream of visitors might do to the carpets and furniture!
When her stepmother died, Frances has the task of clearing the house. In doing so she found she could literally give up all her “silver and gold” as in the hymn quoted on the plaque:

“Take my life, and let it be consecrated, Lord, to Thee.”

Konect 4 - A new type of worship 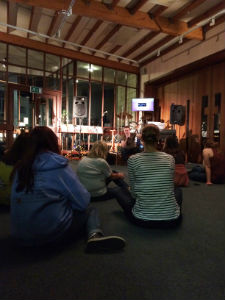 This was launched on Sunday September 25th.
After a five-minute count down on the screen the first service started with a short video before we launched into modern worship songs.
The atmosphere was full of energy.
We prayed using images and Tim described our vision for the Konect 4 services. Tim and the team worked very hard to plan and set up the service so grateful thanks to them all.

Further services are planned for October 23rd and November 27th. 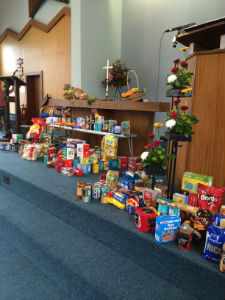 Our Harvest parade service reminded us that clean, convenient water is not readily available in all parts of the world.

Our Harvest collection was for Chapter 1.

Thanks to all who made contributions. 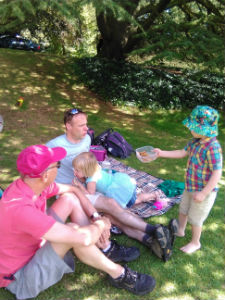 Junior Church held their annual picnic at Jephson Gardens on August 6. Children, parents and grandparents enjoyed sharing food, fun and fellowship on a beautiful sunny day. Art in the Park was an added bonus but we had space to play games too. It was good to have Mike, Gwen, Lydia and Joanna with us before they moved.

Disturb us Lord - there is Kingdom work to be done 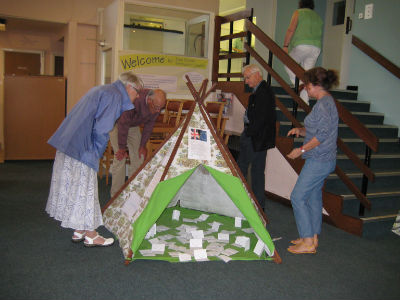 On Sunday June 26th we held a Circuit Prayer Service at Dale Street. A number of varied and thought-provoking prayer stations were set up around the church. 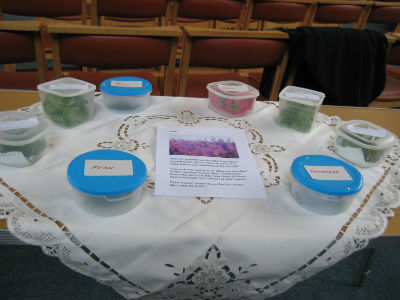 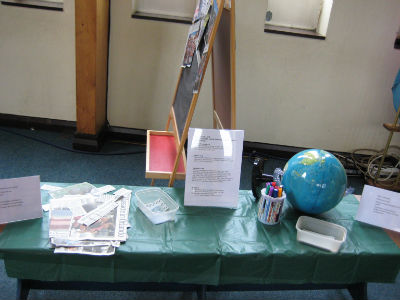 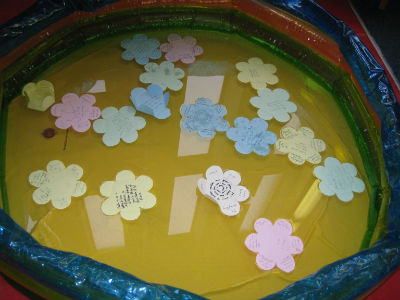 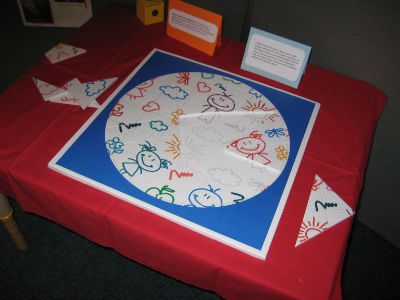 At the beginning of the evening, we enjoyed a sandwich tea. We had a time of worship then time to go round the prayer stations. Some were interactive. 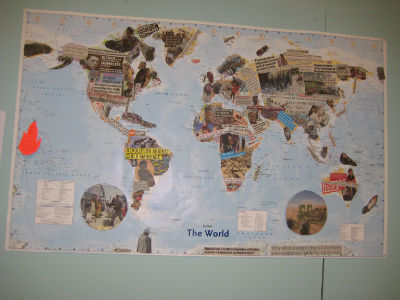 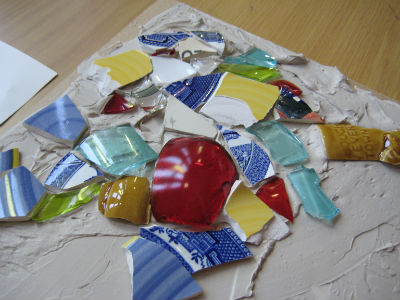 We had time to pray for all that is broken in our community and in our world.

“We ask you to push back the horizons of our hopes;
and to push into the future in strength, courage, hope
and love.”

An ensemble reprised the Easter drama “Upside Down and Inside Out” with performances at Kenilworth and Dale Street. This reminded us that Easter is not just chocolate eggs, spring cleaning and holidays but about a man on a cross. This moving presentation took us back to the confusion, fears, hopes and celebration of that first Easter. That message still resonates with us today – truly passionate worship.

On Maundy Thursday we held a traditional communion service remembering the events of that night of betrayal. As the service ended we stripped the communion table and covered it with a black cloth.
Everyone left the Church in silence.

Good Friday was a reflective service at 10.30, everyone being

given a red ribbon tied into a bow as they came into Church.
During the time of penitence all were asked to let the bow
represent a sin, failing or obstacle in their life and to then
hang the ribbon on the cross.

Some of us then went up to Christchurch Gardens in Leamington for a Churches Together in Leamington Service, which began by placing a cross in the ground at noon. Around 150 folk gathered around the cross to worship, sing and pray.

When people arrived in Church on Easter Sunday morning (after having breakfast in the Church hall) they found the Lenten cross now covered in white ribbon bows, not red ones, symbolising the washing clean of sins. A lively all-age service followed with a packed Church!